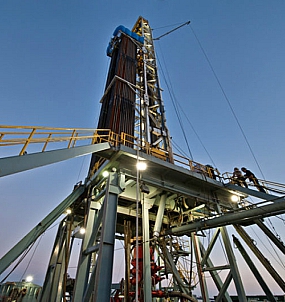 SINGAPORE (Bloomberg) – Oil gained after its biggest weekly slump since July ahead of the resumption of U.S.-China trade talks that may sway a cloudy demand outlook.

Futures in New York added as much as 1.7% after losing 5.5% last week. Chinese officials are signaling they’re increasingly reluctant to agree to a broad deal pursued by President Donald Trump, according to people familiar with the discussions, before high-level talks that are set to resume Thursday. The supply outlook was eroded on Friday with outages in the North Sea and Nigeria.

Oil fell for eight days through Thursday as a slew of disappointing economic data highlighted the increasing toll that the trade war is taking on the global economy. Prices are now well below the level just before Sept. 14 attacks on Saudi Arabia, even amid a lack of progress in resolving tensions in the Middle East. The end of the U.S. summer driving season is also eroding demand, with hedge fund bets on a crude price rally falling to an eight-month low.

“The two parties are going to sit down again this week and let’s see what happens,” said Tamas Varga, analyst at PVM Oil Associates. “Looking at the supply-demand balance, I think this market should be higher, but it’s driven by sentiment.”

West Texas Intermediate for November delivery added $0.77 to $53.58 a barrel on the New York Mercantile Exchange as of 8:41 a.m in New York.

Brent for December settlement added $0.73 to $59.10 a barrel on the London-based ICE Futures Europe Exchange. The global benchmark crude traded at a premium of $5.56 to WTI for the same month.

Senior Chinese officials have indicated in meetings with U.S. visitors to Beijing in recent weeks that the range of topics they’re willing to discuss has narrowed considerably, the people familiar with the discussions said. It’s emblematic of what analysts see as China’s strengthening hand as the Trump administration faces an impeachment crisis.