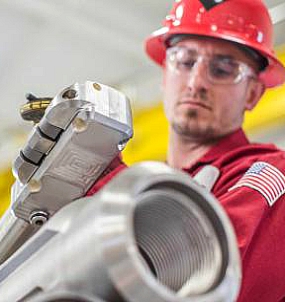 HOUSTON – Weatherford International will present the U.S. oil and gas industry’s only Production 4.0 forum during its Enterprise Software Conference (WESC) from October 7 to 8 at the Westin Houston at Memorial City. Energy leaders from Amazon and Microsoft will join Production 4.0-driven oilfield operators, including Apache Corporation and Targa Resources, and management consulting firm McKinsey & Company, to discuss the role of digitalization in the near and long-term future of oil and gas production. WESC 2018 attracted more than 110 companies from the U.S. upstream and midstream energy sectors.

Kyle Chapman, president of production for Weatherford said, “WESC 2019 will give U.S. operators insight into best practices for accelerating Production 4.0 and transitioning from yesterday’s conventional legacy systems to the future of production efficiency.”