One of the more exasperating, outrageous situations being played out in the global upstream industry is the Trudeau administration turning a deaf ear, so far, to repeated requests and pleas for federal officials to lend substantive help to Newfoundland and Labrador’s (NL) offshore oil and gas industry. 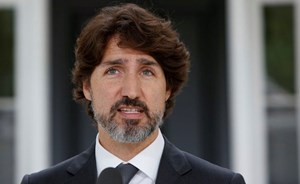 One of the more exasperating, outrageous situations being played out in the global upstream industry is the Trudeau administration turning a deaf ear, so far, to repeated requests and pleas for federal officials to lend substantive help to Newfoundland and Labrador’s (NL) offshore oil and gas industry. Given the severity of the situation, this lack of federal Canadian response cannot continue.

A failure to act. It is high time for members of the Trudeau administration to get off their collective dead center and take the NL offshore industry’s situation seriously. We particularly single out Natural Resources Canada Minister Seamus O’Regan, who, despite multiple assurances that the federal regime would act in a timely, substantive manner, has yet to fulfill the content of his verbiage. Back during the second town hall held on May 14 by the Newfoundland Oil & Gas Industries Association (Noia), O’Regan talked about the form that federal incentives might take and remarked, “It’s a meticulous business. It’s something that you want to get right. But we fully understand the urgency of the situation.”

Again, on June 4, as noted by Noia, while announcing offshore exploratory drilling would be exempted from federal environmental impact assessments, O’Regan said that help was coming “very soon” for the offshore oil and gas industry. Yet, nearly two months have gone by since the May 14 town hall, and more than a month has passed since O’Regan’s last comment, and nothing has been done.

Federal Prime Minister Justin Trudeau is not without fault in this situation. To date, his only communication (that we are aware of) on the matter has been a short email note on June 9 to Noia Chair Karen Winsor and CEO Charlene Johnson. In that note, Trudeau said that “I appreciate your advocacy for your members on this important matter…I have spoken to (NL Provincial) Premier Dwight Ball in regards to this subject, and our conversation was productive…We will continue to work together to ensure that Newfoundland and Labrador is supported during this difficult time…The Honourable Seamus O’Regan, Minister of Natural Resources, has been actively working on this issue.”

But nothing has been done to follow up on that note, and his communication to Noia was only prompted by a wave of letters from NL industry leaders and provincial officials flooding is office. Apparently, Trudeau’s definition of “actively working” is far different from that of the NL offshore industry.

The frustration in NL. Given the current situation, we sympathize completely with our friends in St. John’s and can understand their exasperation with the federal regime in Ottawa. One has to admire the tenacity of the greater NL community in banding together to lobby for offshore industry assistance, and maintaining a strong, steady push. Among the efforts to date are the following:

That’s quite an intense, consistent effort by the NL folks, so one has to question whether Trudeau cares. Yet, it was this same Trudeau administration, which came to World Oil in May 2019 and expressed concerns about the health and future of Canada’s oil and gas industry. Officials told us that they needed to do a project, to attract more players and investment into the oil and gas sector. The result was the special Canadian oil and gas supplement that finally appeared in our March 2020 issue, just as the Covid-19 pandemic took a firm grip globally.

Potential cost of inaction. Perhaps the prime minister has done some kind of weird political calculus and decided that he really doesn’t need to care. However, the raw numbers show that he should.Over the next 10 years, the estimated loss to the province, due to deferment and loss of oil and gas exploration and development projects, could be substantial:

On the latter point, Noia and CAPP say that the NL offshore industry “fully supports protecting the environment, reducing carbon emissions and working with governments to meet provincial, national, and international emissions reduction targets. Through its commitment to lower carbon and clean technology, the offshore oil and gas industry will be a catalyst for clean growth innovation. The technologies developed will also accelerate the diversification of the province’s economy.”

As expressed so eloquently by the 80 community and business leaders signing on to the Noia/CAPP statement, NL remains one of the most prospective offshore areas worldwide, with great potential to expand oil and gas output in the future. In addition, the offshore industry is a vital part of the NL economy. It is imperative for Prime Minister Trudeau, Minister O’Regan and the entire federal administration to respond quickly and definitively, one way or the other.